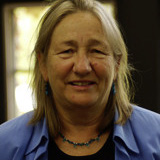 I am one of the founding members of the UW-Madison Women’s Studies Program in 1975, and I served as Associate Chair of the Program (1975-1981), laying the foundation for the certificate, major, and master’s degrees in women and gender studies.

Selected Publications:
My most recent books include Planetary Modernisms: Provocations on Modernity Across Time (Columbia UP, 2015) and the edited volumes, Contemporary Revolutions: Turning Back to the Future in 21st-Century Literature and Art (Bloomsbury Academic Press, 2018) and Comparison: Theories, Approaches, Uses (with Rita Felskim Johns Hopkins UP, 2013). Earlier books include Psyche Reborn: The Emergence of H.D. (Indiana UP, 1981, 1987), the recipient of a Choice Outstanding Academic Books Award; Penelope’s Web: Gender, Modernity, H.D.’s Fiction (Cambridge UP, 1990); Mappings: Feminism and the Cultural Geographies of Encounter (Princeton UP, 1998; ebook, 2001), the recipient of the Perkins Prize for Best Book in Narrative Studies. She is the co-author of A Woman’s Guide to Therapy (Prentice Hall, 1979), the co-editor of Signets: Reading H.D. (University of Wisconsin Press, 1991), and the editor of Joyce: The Return of the Repressed (Cornell UP, 1992) and Analyzing Freud: Letters of H.D., Bryher, and Their Circle (New Directions , 2001).

Current Projects:
I am at work on Sisters of Scheherazade: Religion, Diaspora, and Muslim Women’s Writing and articles in archipelagic studies and modernist studies, with an emphasis on women and gender.