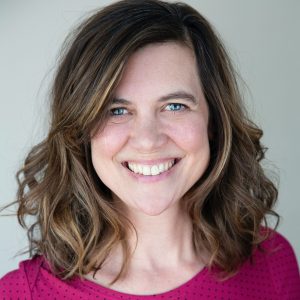 I am a historian of gender, women, feminism, race and colonialism in Scandinavia and the larger Atlantic world. I am particularly interested in thinking about whose stories count and are told in historical narratives. In my two major research streams, I seek to write decolonial histories of people who are underrepresented in dominant narratives about colonial encounters and social movements.

My first book, Daughters of the Trade: Atlantic Slavers and Interracial Marriage on the Gold Coast (University of Pennsylvania Press, 2015) follows five generations of marriages between African (Gã and Akan) women and European (Scandinavian) men in an Atlantic slave trading port on the Gold Coast—Christiansborg, in present-day Accra—and shows how racial difference was produced in intimate encounters in the midst of the slave trade. This work built on my longstanding interest in cultural encounters, travel writing, and interracial marriage in the Atlantic world. In recent years I have been increasingly interested in Africans and race in Scandinavia. I have written about race and colonialism in H. C. Andersen’s “The mulatto” (1840) and am eager to explore more questions about colonialism and race in Scandinavia, past and present.

In a second research stream, I explore the history of the Modern Danish Women’s Movement (in Danish, “Rødstrømpebevægelsen”). Since 2009 I have been researching and interviewing participants in the Danish women’s movement, and in January 2020 I finished a manuscript for a Danish-language collective biography about the feminist commune I lived in as a young child in Copenhagen in the 1970’s. Et åbent øjeblik (prospective English title: “An Open Moment: My Seven Mothers and the Danish Women’s Movement”) will be published by the Danish publishing house Gyldendal in August 2020. I am broadly interested in the history of the women’s movement in the 1960’s and the 1970’s, not only in Denmark and the rest of Scandinavia, but also in the United States. I am developing classes on the topic, and I look forward to working with students interested in the history of feminism, particularly in Scandinavia.

I was educated at Copenhagen University, where I received an M.A. in history with a minor in Women’s and Gender Studies in 2002, and a Ph.D. in history in 2008. I began teaching at UW in 2009. In addition to being jointly appointed in the departments of Gender and Women’s Studies and History, I am an active affiliate of the department of Scandinavian Studies and deeply involved in History’s Ph.D. Program in Gender and Women’s History.