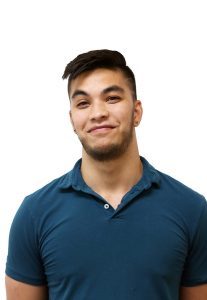 Asian Am 240:  Asian American Performance: From Theater to Social Media

James McMaster is Assistant Professor of Gender and Women’s Studies and Asian American Studies. He is currently working on a book project that puts the discourse of care theory into conversation with queer, feminist, and Asian Americanist critique and cultural production. His writing has appeared, or will soon, in the Journal of Asian American Studies, American Quarterly, TDR/The Drama Review, Transgender Studies Quarterly, and Women & Performance: a journal of feminist theory where he is also the co-editor of a special issue titled The Between: Couple Forms, Performing Together with Olivia Michiko Gagnon. He completed his PhD in the department of Performance Studies at NYU.