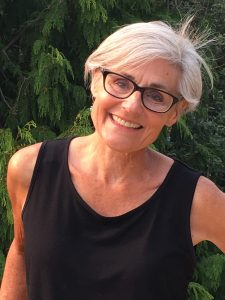 I specialize in the history of medicine, public health, and women’s health. In recent years, I’ve taught “The History of Public Health in America,” various iterations of childbirth history, including “The History of Childbirth in America” and “Childbirth: Global and Historical Perspectives on Midwifery and Technocratic Hospital Birth,” as well as “Women and the Control of Reproduction in American History: 1800 to the Present” at the University of Wisconsin-Madison.

My book, The Anti-Vaccine Heresy: Jacobson v. Massachusetts and the Troubled History of Compulsory Vaccination in the United States, explains how the American antivaccination movement emerged in the late nineteenth century and has persisted ever since. I explore the reasons why Americans came to view vaccination with suspicion, accepting it as a necessary evil forced upon them by their employers or the law. A look at vaccine development over the course of the nineteenth century reveals a history of trial-by-error experimentation troubled by disastrous unintended consequences. By the beginning of the twentieth century, many Americans had good reason to fear vaccination. It induced mild to harsh discomfort that forced workers to take unpaid time off their jobs. Vaccination occasionally induced grim or even fatal infections. Parents waited until their children reached school age and rarely sought second vaccinations for them at adolescence. Health departments had to rely on coercion and sometimes even force to vaccinate a reluctant populace.

Antivaccination societies formed all over the United States, lobbying state legislatures and bringing lawsuits to abolish compulsory laws. They did not give up even after losing a 1905 US Supreme court decision, and their efforts created a legacy of doubt about vaccination that has dampened legislative enthusiasm for compulsion to this day. As a result, every state in the Union now makes some provision for exemptions—religious, medical, philosophical, or even conscientious objections—from compulsory immunization laws.