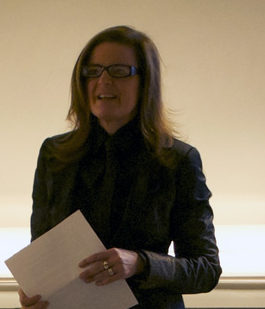 Jill H. Casid is thrilled to be joining the faculty of Gender and Women’s Studies after teaching cross-listed courses in queer theory and visual culture for the LGBT certificate for many years as an affiliate. She looks forward with excitement to offering courses in queer theory, feminist theory, and visual culture and media on a regular basis. While an affiliate, Jill took great pleasure in advising GWS M.A. students doing projects in queer theory, critical race theory, and disability/crip theory and visual studies. Jill was hired as a cluster hire in Visual Culture and part of her line is in Art History. She founded and served as the first director of the Center for Visual Cultures. A historian, theorist, and practicing artist, her contributions to the transdisciplinary field of visual studies as it intersects with queer theory and feminist theory include her monographs Sowing Empire: Landscape and Colonization (Minnesota, 2006) which received the College Art Association’s Millard Meiss award and Scenes of Projection: Recasting the Enlightenment Subject (Minnesota, 2015) and the edited collection Art History in the Wake of the Global Turn (Yale, 2014) co-edited with Aruna D’Souza. Recent articles have appeared in the L.A. Review of Books, Women and Performance, TDR, and the Journal of Visual Culture and she has contributed essays to, among other volumes, Environmental Aesthetics after Landscape (Diaphanes/Johns Hopkins, forthcoming), Migration and the Contemporary Mediterranean (Oxford, forthcoming), The Philosophical Salon (Open Humanities Press, 2017), Architecture is All Over (Columbia, 2017), The Princeton Companion to Atlantic History (Princeton, 2015), A Handbook to the Reception of Ovid (Wiley-Blackwell, 2014), Environmental Criticism for the Twenty-First Century (Routledge, 2011), and Landscape Theory (Routledge, 2007). She is currently completing the two-book project Form at the Edges of Life. Her hybrid research practice also combines performative scholarship that pursues theorizing as a creative writing practice with a performance and photo-based art practice dedicated to developing methods for approaching the materializing force of imaging. From 1991 to 2002 she pursued her art practice as part of the photography and performance collaborative SPIR and has been producing solo work since that time. Her work has been exhibited both locally and internationally and is discussed in such surveys as Harmony Hammond’s Lesbian Art in America and Deborah Bright’s The Passionate Camera. She serves on the governing board of the International Association of Visual Culture and on the editorial board of the Journal of Visual Culture.She has been the recipient of numerous awards for her research and teaching, including the Chancellor’s Inclusive Excellence in Teaching Award (2015), the Vilas Research Investigator Award (2014), the H. I. Romnes Faculty Fellowship (2011), and the Hamel Faculty Fellowship (2009). Find her online at jillhcasid.net