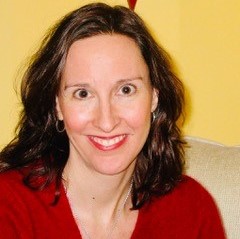 Christine Garlough conducts three streams of research constellating around feminist communication, ethics of care, and performance. For the past twenty-five years, she has worked with grassroots feminist activists in India and the U.S. who re-envision vernacular culture for rhetorical purposes and explore how care, as a political concept, can contribute to contexts of social change. This research has been published in her monograph, Desi Divas: Political Activism in South Asian American Cultural Performances, as well as journals such as Quarterly Journal of Speech, International Journal of Press/Politics, Journal of Computer-Mediated Communication, Social Science Computer Review, Journal of American Folklore, and Women’s Studies in Communication. As part of her public humanities scholarship, she has worked with the Smithsonian Museum, Asian Pacific American Center to help create curriculum for the “Beyond Bollywood” exhibit. She also has developed two digital archives – the South Asian Feminist Activism Archive (SAFAA) and the Women’s March Archive — dedicated to the preservation and public availability of feminist protest posters. These detail an important history of grassroots feminist activism regarding social issues such as sexual violence, female infanticide, dowry deaths, and legal inequities (http://uwdc.library.wisc.edu/collections/GenderStudies). Her new book project, Caring Folk: Progressive Politics in an Age of Populism, engages with political and philosophical issues at the intersection of feminist ethics of care, expressive culture, acknowledgment and recognition studies.

Garlough has been the recipient of numerous awards for her teaching and research, including the Chancellor’s Distinguished Teaching Award (2020) and the Vilas Associates Award (2015). She has served as the Department of Gender and Women’s Studies Associate Chair and Director of Graduate Studies, Director of the Center for South Asia and Unit Head of the Folklore Program.

Co-organizer of the Ethics of Care Initiative, she has helped to develop a two-year Mellon-Borghesi Workshop titled Care: Politics, Performances, Publics, Practices and organize an international conference on the ethics of care — “Relations of Care Across and After Worlds.”

GWS 426, Women, Culture and Grassroots Politics  Across the Globe

GWS 102, Gender, Women, and Society in a Global Perspective

FL 467, Women and Politics in Popular Culture and Folklore