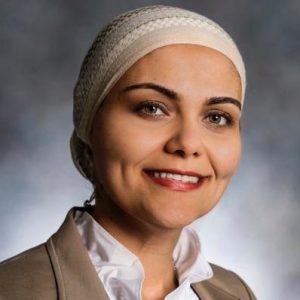 Marwa Shalaby is an assistant professor in the departments of Gender and Women’s Studies and Political Science at the University of Wisconsin-Madison. Prior to joining the University of Wisconsin-Madison, Shalaby was the Fellow for the Middle East and Director of the Women’s Rights in the Middle East Program, Rice University, Texas and a Visiting Scholar at the Program of Governance and Local Development (GLD), University of Gothenburg. She currently serves on the editorial boards of Politics and Religion and Review of Economics and Political Science.

Shalaby’s research areas are comparative politics, democratization and research methodology. Her work focuses primarily on the intersection of the politics of authoritarianism, and women in politics. Her research also aims to explicate the micro-dynamics and outcomes of electoral institutions under competitive authoritarianism, mainly in the Middle East and North Africa (MENA) region. In addition, she is working on a cross-national project exploring the drivers of political tolerance in non-democratic and transitioning states.

Over the past years, Shalaby has conducted original data collection and extensive fieldwork across the region. She administered public opinion surveys and survey experiments in Egypt, Tunisia, Lebanon, and Morocco. Moreover, Shalaby is the PI for the Governance and Elections in the Middle East Project (GEMEP)–the most comprehensive and only dataset that offers invaluable insights into the micro-dynamics of electoral institutions across the region. Her work was supported by Rice University’s Endowment on Women’s Rights in the Middle East, the Carnegie Corporation of New York, New York University Abu Dhabi Institute (NYUADI), Rice University’s Boniuk Institute, and the Issam Fares Institute for Public Policy (AUB).

Shalaby’s work has appeared or is forthcoming in Comparative Politics, Political Research Quarterly, Parliamentary Affairs, the Middle East Journal and Oxford Bibliographies in Political Science. She has co-authored an edited volume, The Evolving Role of Women after the Arab Spring, with Professor Valentine Moghadam (2016). Shalaby is currently working on a book manuscript exploring the dynamics of women’s political representation in Arab parliaments. She has also published in the Carnegie Endowment for International Peace, the Project on Middle East in Political Science (POMEPS), Houston Chronicle, and the Washington Post’s Monkey Cage. Shalaby was quoted and/or interviewed by major domestic and international media outlets, such as CNN, Fortune Magazine, Al-Ahram (Egypt), and World Politics Review, among many others. She has also consulted with government agencies on several research projects related to women and politics in MENA. She has presented her work and organized conferences in the U.S. and the MENA region.

Shalaby, Marwa. “Support for Gender Quotas and Perceived Corruption in Developing Democracies: Evidence from Lebanon.” In Corruption and Informal Practices in the Middle East and North Africa, edited by Ina Kubbe and Aiysha Varriach, Routledge Corruption and Anti-Corruption Studies.

Shalaby, Marwa and Laila Elimam. “Examining Female Membership and Leadership of Legislative Committees in Jordan.” In The Politics of Empowerment in the MENA Region, edited by Drude Dahlerup and Hanane Darhour. Palgrave Macmillan. Forthcoming.

Shalaby, Marwa. “Toward Understanding the Link between Good Governance and Support for Female Politicians in the Arab World.” In The Politics of Corruption in the Middle East and North Africa, edited by Ina Kubbe and Aiysha Varriach, Routledge: Development Studies Series. Forthcoming.