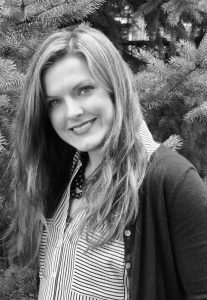 BIOGRAPHY
Dee is a graduate student in the Department of Gender and Women’s Studies working on her second Masters degree. She received her Ph.D. in Sociology from University College London’s (UCL) Institute of Education and came to UW-Madison in July of 2017 after finishing a Postdoctoral Research Fellowship at the Dartmouth Institute for Health Policy & Clinical Practice. Dee’s Ph.D. research presented the first ‘home international’ comparative analysis examining England’s and Northern Ireland’s policy processes with regard to making sex and relationships education a statutory component of their national curricula for schools. Her central research interest is in studying the sexual attitudes and behaviours of young people and sex and relationships education policy-making in European countries of post-religious and national identity conflict. A research goal of Dee’s is to secure funding so that she can (working with local scholars and third-sector sexual health organisations) conduct a similar study as the British Nastal – which since 1990 has purposefully excluded the Northern Irish population from its research – to look at the sexual attitudes and lifestyles of those within Northern Ireland. Additional areas of research interest include: evaluating and comparing public health and education policy-making and management at the national and local level; comparing the (often times missing) discourse of sexual pleasure and rights within sex and relationships education policies; the ways in which dominant gendered discourses vary across countries, variously effecting young people’s sexual meaning-making practices within schools and their own intimate relationships; and the similar and dissimilar ways women express their gender, sexuality and reproductive rights in post conflict European countries.