Ariel Yang is a junior majoring in Gender and Women’s Studies and Psychology. Find Ariel’s reflections below.

Why did you choose Gender and Women’s Studies?

Discovering GWS at UW is the most beautiful accident that has ever happened in my life. Coming to college, I had very 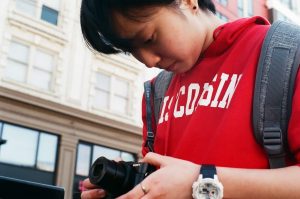 limited knowledge of feminism and gender studies. As soon as I started taking GWS 103, I realized that here is a subject that is built for humans and that strives to include all humans. I decided a GWS certificate would be a good add-on to my psychology major. Later on, when I took classes in feminist theory, I realized that this is what I was looking for from school. I was fascinated as I learned about all of these ideas and I was able to see how feminists propel change in society. At this point, I decided to declare GWS as my second major.

Have GWS courses changed your approach to your involvement (on or off campus) during college? If yes, how? 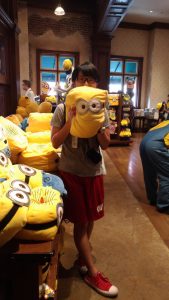 Born and raised in Asia, I was always immersed in a conservative society, where the voice of the minority, the LGBTQ+ community, or women is neglected. The most valuable thing that GWS has taught me is the ability to keep my mind active and open. Last year, there was a debate about whether to legalize same-sex marriage in my country, Taiwan. I was hesitant about whether to publicly advocate for the LGBTQ community on the Internet at first; I was afraid that I would be confronted by my family and friends. However, the feminist theory class I was taking then inspired me to speak up. I am just one person, and me speaking out might not have a large impact, but advocacy for minorities is all about collective effort. GWS pushes me to be a more involved, more aware, and more active member in my community.

Have your GWS courses shaped your plans for the future?

Alongside GWS, I am majoring in Psychology. For now, I plan to pursue a research track after graduating from UW-Madison. Psychological science used to be (and still somehow is) a field where White males dominate. Although the American Psychology Association (APA) keeps revising its guidelines to be more inclusive and more respectful of participants from diverse backgrounds, the legacy of outdated, discriminatory psychological research still lingers. In the future, I hope I can incorporate my knowledge of both psychology and gender and women’s studies to conduct psychological research concerning minority issues and following a feminist research protocol.