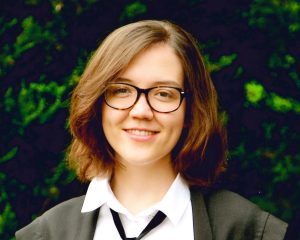 This year’s Mary Washburn Willets Award recipient is Valeriia Umanets. Valeriia holds a bachelor’s degree in Political Science from Perm State University in Russia, as well as a Master of Philosophy in Politics: Comparative Government from the University of Oxford. She is currently pursuing her PhD in Political Science from the University of Wisconsin – Madison, working on a dissertation titled “Political Participation of Women in Russia: From State Supported Feminism to Putin’s Machismo” which examines female participation in politics and economics in Communist and Post-Communist Russia, from the state-sponsored feminist movements of the Soviet Union to present day feminism .